Sharing is Caring at The Brixton

Slated to open this month, The Brixton joins, Ringos Pub, Addison Ice House, Mucky Duck, Scruffy Duffies, Saintsburry Tavern and Brian’s Red Bus. With each concept owners Jerry Elliot and Brian Harder have worked to make the experience a little different at each concept. Part of that difference comes from the recent addition of Patrick Stark AKA The Mohawked Chef. 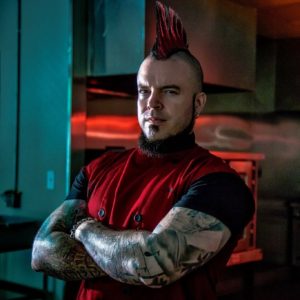 With his colorfully tall mohawk, Stark is a man who likes to make statements. This has turned out to be exceptionally true with food. Interested in creating a more balanced approach to the cuisine served at each concept, Stark is able to mix the need for health conscious and “dude food” dishes. “We’ve created a foodie fit section. It’s one of the reasons that I do what I do and it’s been amazing to see that response,” he explained. 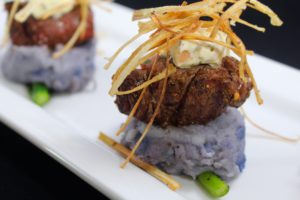 As a chef and musician, Stark is interested in taking food, entertainment and drinks to the next level at The Brixton. Stark explains that he wants The Brixton to feel approachable and fun to a number of different demographics. “Live music will be an element, but it won’t be the only thing. It won’t be a one trick pony,” he said. For menu choices, there will be a push for more sharable dishes and cocktails, which makes sense if you’re coming to hang with a group of friends here. The Mohawked Chef explains, “We want it to be sharable amongst the group, so it could be a cocktail that has six straws in it, different flights of food. I mean let’s face it, now and days a lot of people don’t like to commit, whether it’s in the bedroom or an entrée.” 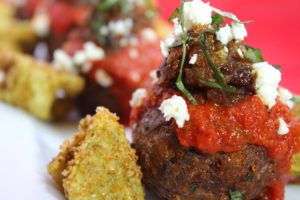 Anticipating becoming a pioneer in the dining, drinking and entertainment community, it sounds like The Brixton is about to give The Shops at Legacy something they’ve never seen before. Though sharing is caring has always been my least favorite saying when it pertains to my grub and booze, The Brixton may be the Harder Concept that changes my mind. TXmB