Local Brews Local Grooves Brings the Grub and the Suds 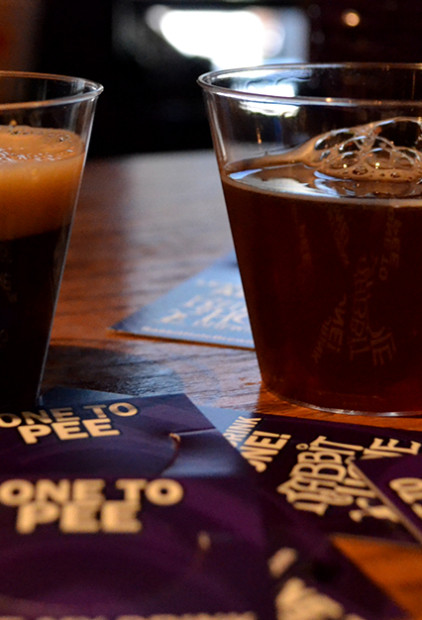 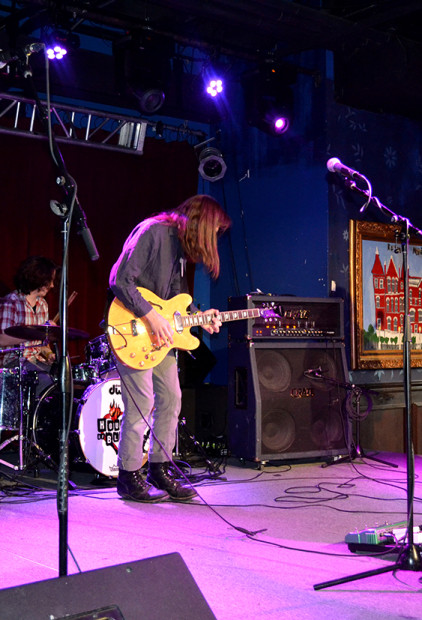 Each room of the House of Blues was filled with the cool sounds of local grooves, from alternative to hip hop acts. 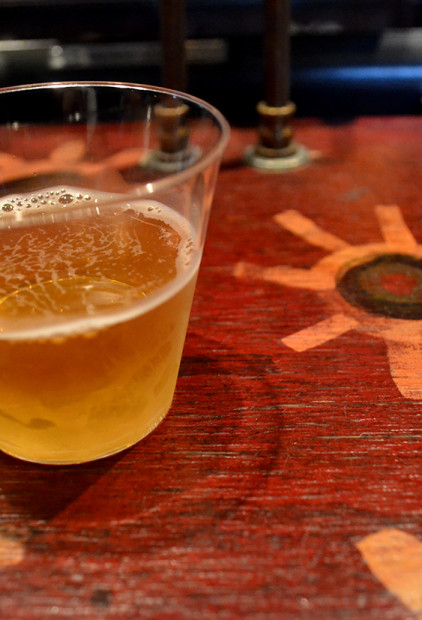 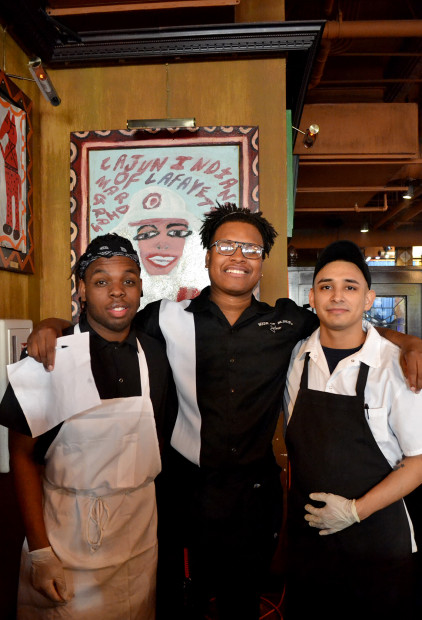 A few of the guys preparing the tasty bites during Local Brews Local Grooves. 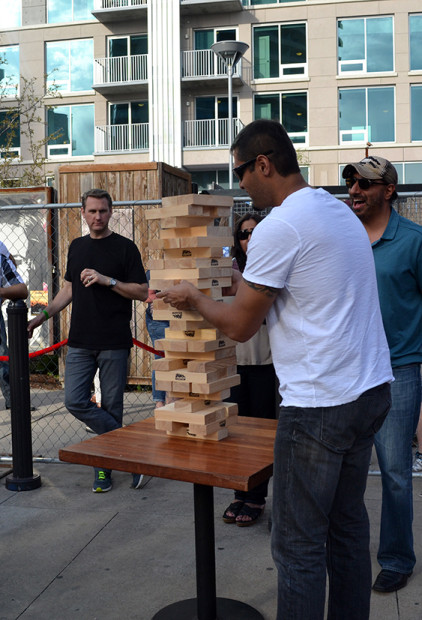 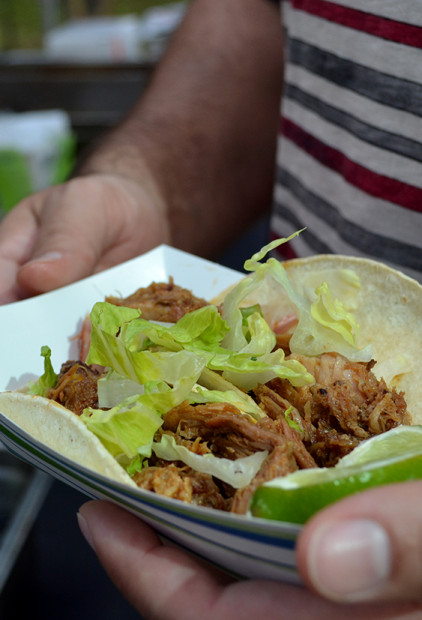 Because there is no way you call an event local in Texas without incorporating tacos in some capacity. Fresh al pastor tacos. 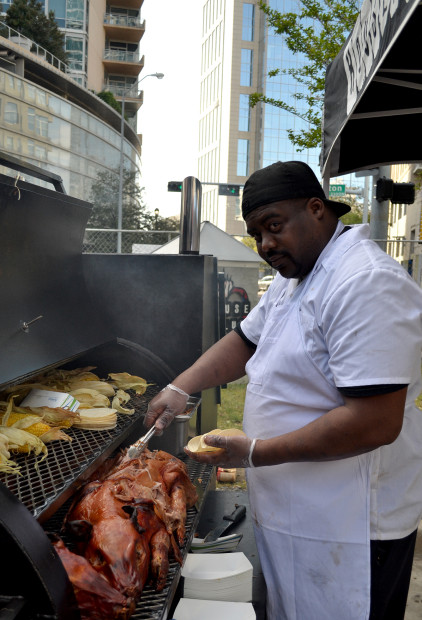 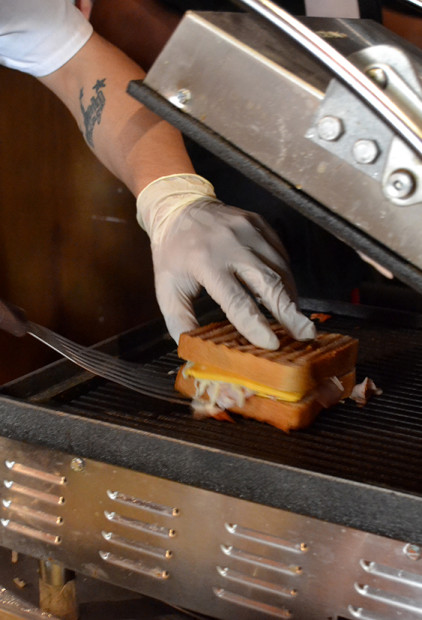 Cheese lovers were in their happy place at the grilled cheese station, complete with all the fixins. 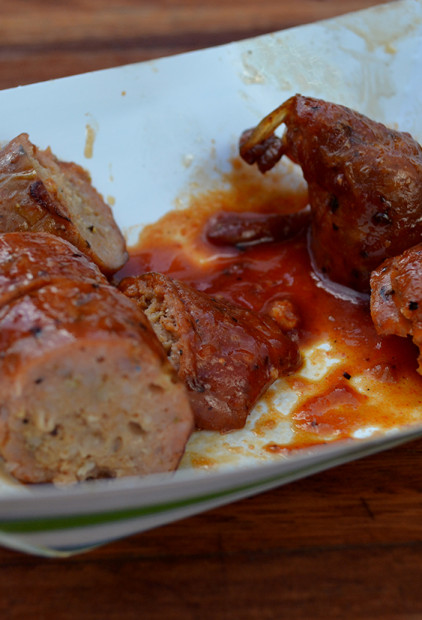 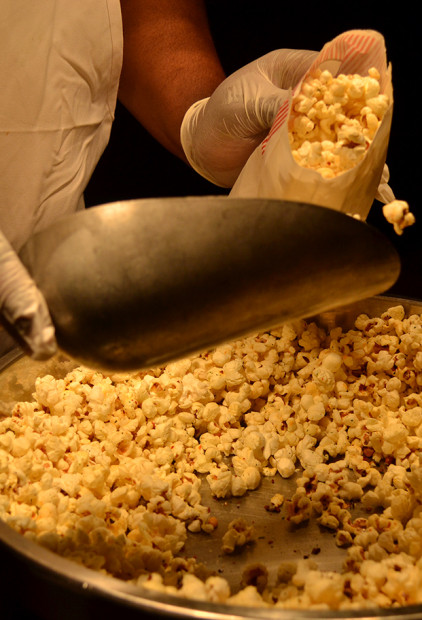 More addictive than anyone could have known, I devoured two bags of the spicy ranch popcorn. 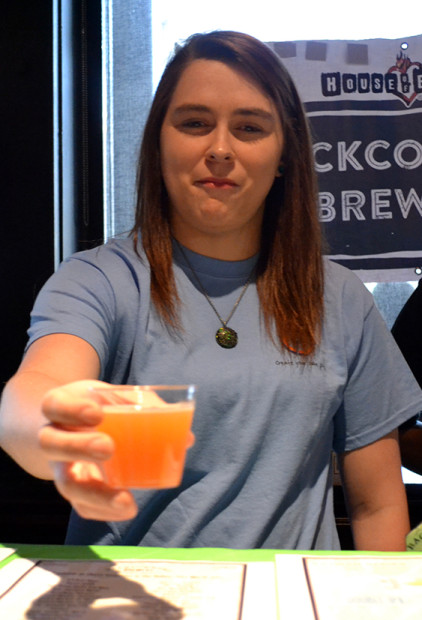 Trying a taste of one of the IPA’s from Backcountry Brewery. 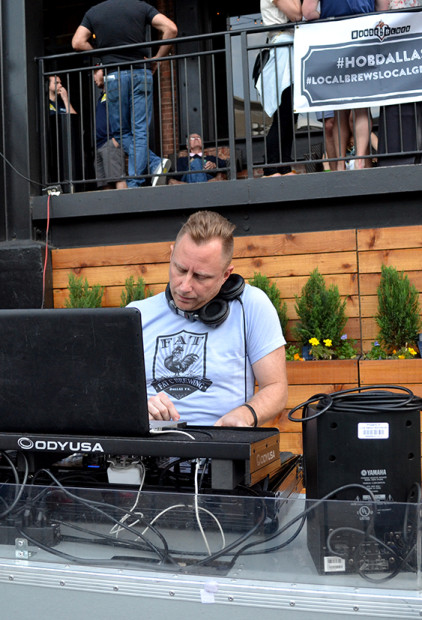 While the party went down on the inside, it went down just as hard outside with the DJ spinning some body grooving tunes. 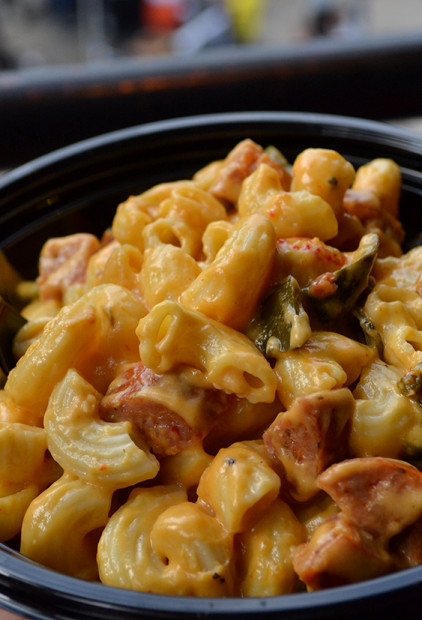 Coming in at a very close second, the mac n’ cheese station was life changing. Our version was spruced up with a mix of crawfish, andouille sausage and peppers. 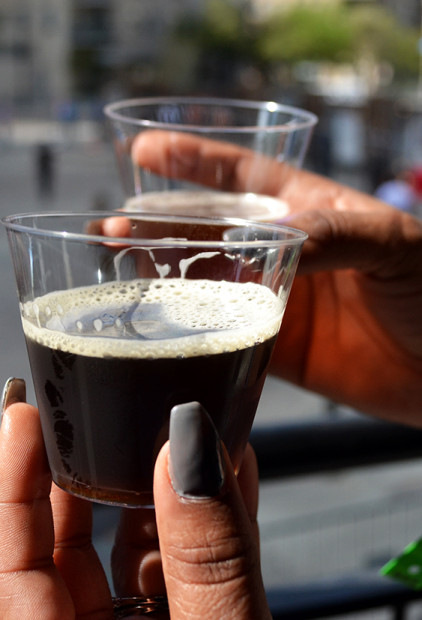 Cheers to the good times!

Anytime a mac n’cheese station, beer, and good local music is involved, you know you need to be there. This past Saturday, plenty of people brought their dancing shoes and appetites for beer and grub, during Local Brews Local Grooves. Held annually at House of Blues, the event was packed with room to room fun. Guests had the opportunity to sample a number of tasty suds from local breweries such as favorites like Peticolas, Revolver, and Deep Ellum Brewing Co. In total, beer lovers could try 15 Texas breweries.

Of course, beer goes down even better with a little something tasty to soak it up. Peppery jalapeno and cheddar sausage, have it your way grilled cheese sandwiches and sucking pig tacos al pastor were a few things to help keep bellies full. Personally, I fell in love with the mac n’ cheese station, where I was able to get my noodles and cheese decked out with crawfish, peppers and andouille sausage. Perhaps even more addictive was the spicy ranch popcorn, a treat which I happily devoured two bags of. Brisket, sloppy tator tots, oyster po’ boys and even a Lakewood Temptress adult milk shake assisted in completing the menu of goodies.

The musical lineup for this year’s event was good and plenty, with an array of local sounds. Over 15 acts hit different stages throughout the venue on Saturday. People could bob their heads to everything, from a taste of hip hop to rock.

Outside, folks could be seen jamming to the DJ, and playing a few games like big Jenga, which, if you didn’t goes GREAT with beer, and other elixirs. The entire event lasted from 3:00 PM – 11:00 PM, giving folks plenty of time to shake a tail feather, down some brewskies and bombard their belly with happiness.  TXmB